Sorry that this post is almost a week late, yikes! This past week has been kinda busy with packing, getting organized, selling furniture, and more packing. 😊 We are officially on the road as of today with our first big stop being in Illinios. I’ll write another post on the craziness of getting ready to leave at a later time.

Last weekend we had our final test run and it was a success! After a long drive due to traffic (a 5 hour drive should have taken 3), we set up camp quickly. We are getting quicker with detaching (taking a little less than an hour). We stayed two nights and not only was I able to sleep normally on the bed slide (yay!), we were able to get a bunch of organizing done and tested out all the little things, like the oven and stove.

The campground where we stayed at was really nice and close to Mount St Helens. Though it was cloudy during our stay, we still had great views of the surrounding mountains and lake.

What we learned:
* When you pack in a hurry, double check to make sure you have the essentials. Like a level and scissors. We were lucky to have nice neighbors who let us borrow their level after only being in the campground for about 2 minutes. We had to take a trip to the gas station for scissors.

* Walkie talkies are fun to use.

* The longer the hoses, the better. Not every campground has the hookups that are close to the RV. We had to take another trip to get a longer water hose to only to realize that the sewer hose wasn’t long enough either. More store trips but at least we are set now. 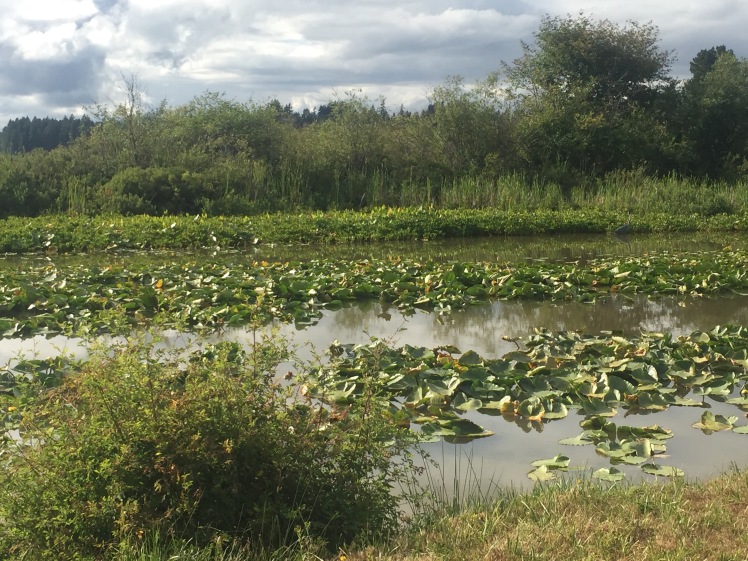 4 thoughts on “One last test”