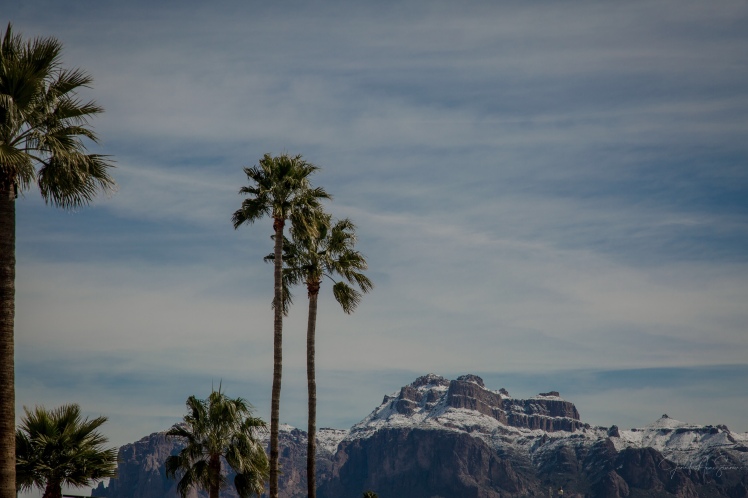 Hiking in the desert is normally like this: cactus, no shade, brown from the ground up, dirt hills and more cactus. Brad is really good at finding hikes and found a couple of hiking spots that offered views of a lake (yes, there is water in the desert), colorful flowers and real mountains views, not just dirt hills.

Butch Jones Trail: This trail follows along Saguaro Lake and we went to this hiking trail hoping to see some wild horses, instead we saw a wild tarantula. It was just standing there on the trail, waiting to surprise us. I screamed and ran back to Brad while the big spider just stayed put. We hadn’t been hiking long and in order to continue on the trail, we had to pass the tarantula, which we did. Brad lead the way while I closed my eyes and tired not to think about the hairy arachnid by my feet.

Silly Mountain-A co-worker told me about this mountain and it is a silly mountain: short, fat, only a 1/2 mile to the summit and has funny trail names like Huff n Puff and Meditation Point. We hiked this mountain a few times due to it being so close to where we lived so we could get a quick hike in but felt like we did a decent workout. The summit view includes a pano view of the Superstition Mountains (and the highway on the other side so just don’t look that way, lol).

Hieroglyphic Trail-This hike is popular for two reasons: petroglyphs and a waterfall. Even though it did rain quite a bit for a desert winter, it wasn’t enough rain to see the waterfall at the end of this trail but it was still enjoyable. This trail is located in the Superstition Wilderness and we hiked the ridge line at a steady incline getting views of the Superstition Mountain till we reached a rock wall. Past the rock wall, the wall of petroglyphs is seen, along with some pools of water. 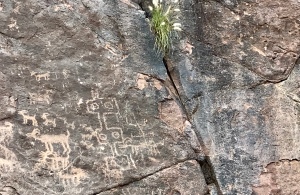 The petroglyphs were carved about 1,500 years ago by the Hohokam people, who lived in the region starting in 500 AD.

Usery Mountain Regional Park-We knew it was going to rain and figured out a good time range of when we could avoid the rain to get in a quick hike. This trail would be a really good running trial as it was mostly flat. We saw cool cloud formations and the sun trying to peak though to shine on the Superstition Mountain. We made it back to the truck with seconds to spare, as it started to downpour as soon as we closed the truck doors. 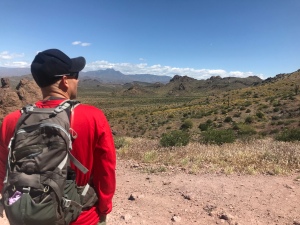 I took Brad back there for a hike and we ending up returning another time to hike in that area. The desert looks expansive here and all around are different mountain peaks, with the Superstition Mountain towering above. 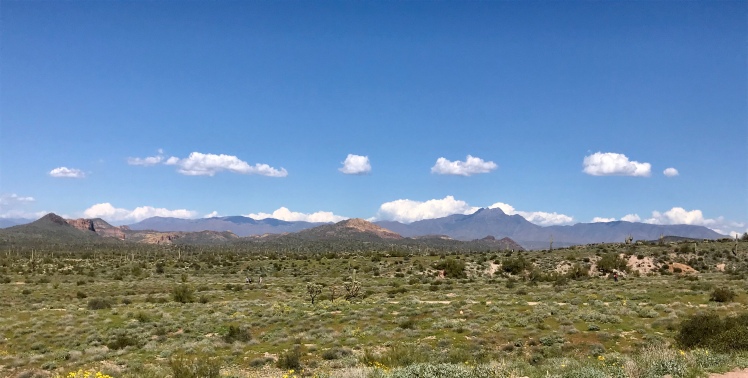 Bartlett Lake: We didn’t go to this lake to hike but to walk around and get photographs of the blooming flowers. In late March/early April the desert was green and full of flowers due to the rain, which was a rare scene according to locals. The drive to the lake ended up being the most enjoyable with bare giant cliffs on one side of the road and patches of orange, yellow and purple flowers were mixed in with the cacti on the other side. 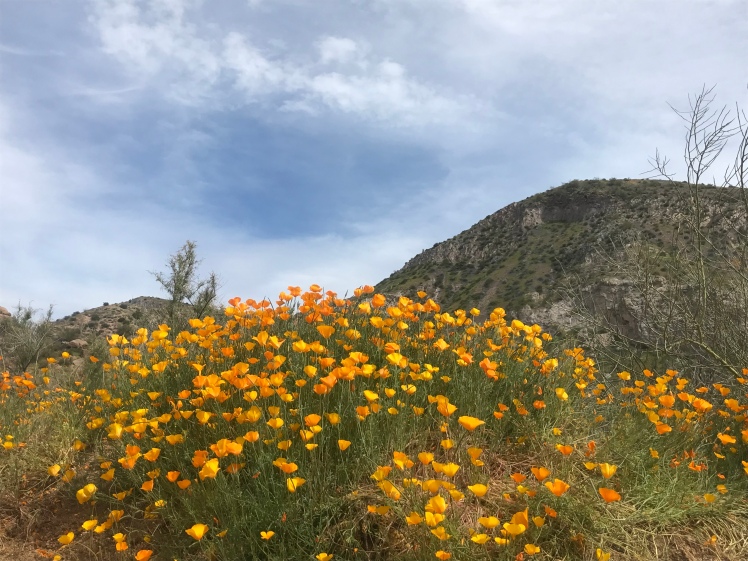 We left Arizona a week ago to travel north to Grand Teton National Park, where we will be spending the summer. We already explored some new areas along the way and we look forward to sharing our travels. Happy Trails! 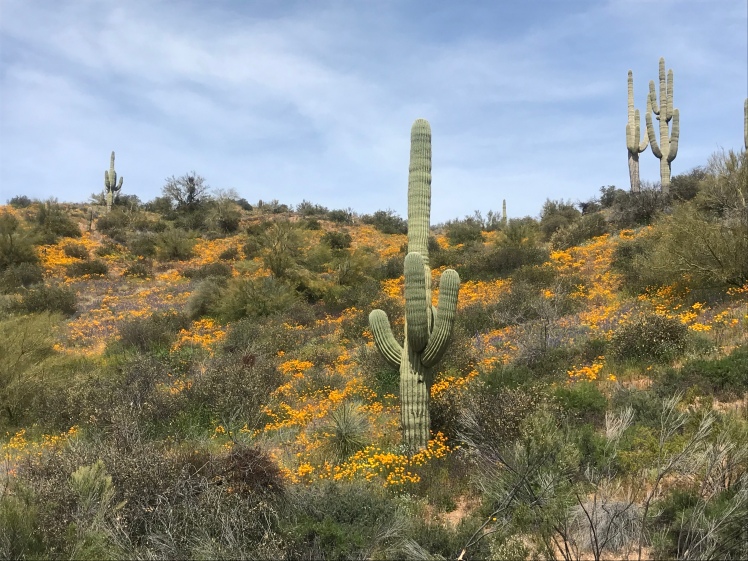 8 thoughts on “A Pleasant Surprise”